Yesterday, the ASA upheld complaints against Boohoo.com and Zacharia Jewellers. Both retailers were found to be promoting and selling ‘faux fur’ products which contained real fur fibres.

In case you’re wondering, fur farming was officially banned in England and Wales in 2000, and in Scotland and Northern Ireland in 2002. Various furs can still be imported from certain countries into the UK, subject to fairly strict rules, and it is still lawful to buy, sell and promote fur products in the UK.

Furly simple, you might have thought (if you were as obsessed with awful puns as I am…).

Nowadays, consumers aren't just worried about being fleeced; they choose faux fur products for a variety of reasons, including ethical and moral reasons. And, just as in other contexts, it is important that goods are described accurately so that consumers are not misled about what they are buying.

Despite the tears, it isn't the first time Boohoo has been embroiled in this ugly business. Sky News and the Humane Society International (UK) launched an investigation into this surprisingly widespread problem back in mid 2017, and found that various retailers (including Boohoo, House of Fraser, TK Maxx an others) were advertising various faux fur products which contained real animal fur fibres. All claimed that this was done in error and immediately sought to put an end to the practice. It seems some were more successful than others.

In fairness to Boohoo, they don't seem to be crying crocodile tears. They state that they have taken this issue seriously, but even despite giving their suppliers a dressing down and putting in place rigorous in-house testing processes, one supplier was able to out-fox them.

As far as the ASA is concerned of course, it is the advertiser’s responsibility to ensure that goods are described correctly in ads.

Boohoo and Zacharia Jewellers were perhaps fortunate that the ASA dealt with this.  Unlike the ASA, other regulators such as Trading Standards and the CMA (Competition and Markets Authority) have sharp teeth – they can seek undertakings or even initiate prosecutions under consumer protection laws – and these regulators will no doubt be on the lookout for a scalp or two if this surprisingly widespread practice doesn’t fleece immediately.

From now on, it's unlikely that advertisers who promote “faux fur” products which turn out to incorporate real animal fur fibres will get away so lightly.  So, advertisers who aren't sure what they are selling, or are tempted to pull the wool over consumers' eyes, should mink twice.

It's worth mentioning that some online platforms, such as Facebook, have gone further than the law requires by prohibiting the promotion of animals via its marketplace, including any ‘part, pelt or skin from an animal (including fur)’ . We understand that the ban does not extend to leather goods, and it’s baaaaa-rely worth mentioning that there’s also no ban on wool products either. So dyed in the wool enthusiasts of natural fibres need not come out in a cold sweater.

The UK advertising watchdog upheld complaints by Humane Society International (HSI) UK, and ruled that the advert for the jumper on the Boohoo's website was misleading and in breach of advertising codes. The authority's ruling stated: "The ad must not appear again in the form complained about. We told Boohoo.com UK Ltd not to state that products included 'faux fur' if that was not the case.” The animal charity found the jumper on Boohoo in September as part of its ongoing investigations into the problem of real fur being sold as faux across the UK. It then purchased the jumper and sent samples to an independent textile analysis laboratory for testing, and found that the item had been made of real fur, most likely rabbit. 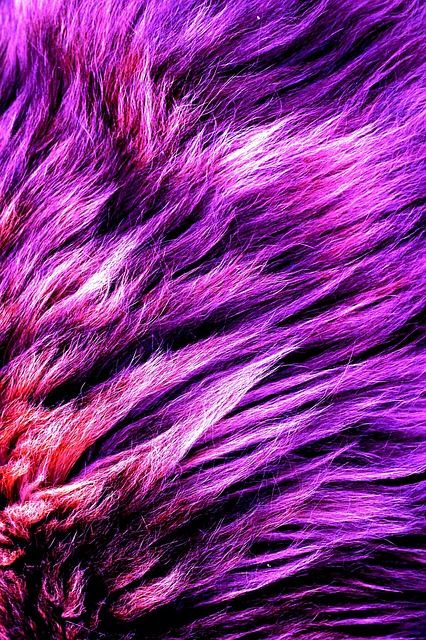