The UK government has announced that it will be pressing ahead with its planned restrictions on the TV and online advertising of foods with high levels of fat, sugar or salt. It says that the new rules form part of its ambition to halve childhood obesity in the UK by 2030, although one really wonders whether a ban on HFSS advertising will have the desired effect without dealing with somewhat thornier issues of the car-centric society and levels of investment in primary care health services.

The government says that Ofcom research suggests that children’s viewing peaks in the hours after school, with the largest number of child viewers concentrated around family viewing time, between 6pm and 9pm. As a result, and following consultations, the government’s final policy will be as follows:

Although the new rules are not good news for advertisers (or the media that rely on the income from them), the government has revised the products in scope following consultation feedback to include only those categories that are of most concern to childhood obesity – a further consultation will be carried out about the exact products to be in scope.  So love it or hate it, that's good news for Marmite. However, the current plan is to include those receiving a score of 4 or more for food and one or more for drink, using the 2004 to 2005 Nutrient Profiling Model.

Another piece of good(ish) news is that the ban only applies to “paid-for” advertising, so manufacturers and suppliers can talk about products on their own websites, blogs and social media channels. This is a significant qualification to the new rules and may reflect the government finally recognising the difficulty regulating websites and social media that are hosted outside the UK. By excluding these from the ban, UK advertisers will not be placed at a disadvantage compared with foreign advertisers.

The government also says that brand advertising should remain out of scope of the new restrictions as its concern is around identifiable HFSS product exposure, and it wants to give manufacturers the opportunity to reformulate products.  However, the current ASA rules on sponsorship, such as those covering the use of characters or celebrities of specific appeal to children will remain.

There will be exceptions for

The role of platforms in online advertising content regulation will be examined as part of government’s Online Advertising Programme, on which the government will consult on later this year.

Ofcom will be appointed as the appropriate authority (backstop) and will have powers to appoint a frontline regulator, which the government expects to be the ASA. Ofcom will also be able to issue civil sanctions, such as fines and will have formal information gathering powers, to enforce compliance with online restrictions. Ofcom will retain its role as statutory backstop to enforce broadcast restrictions.

The government has committed to implementing restrictions for TV and online at the same time and will aim to do so at the end of 2022. It will use the upcoming Health and Care Bill to legislate for these changes.  The government has said that will review the restrictions once they have been in force for five years.

Alongside these restrictions, the government announced in December 2020 that it was planning restrictions on in-store and online sales promotions for HFSS foods.  It carried out a technical consultation on implementation but has not yet published the outcome.  However, the plan is to introduce such restrictions from 6 April 2022.

The real question is whether these new measures will make any significant difference to childhood obesity in the UK. Restrictions on advertising of HFSS foods have been in place for many years, with a creeping scope that gets broader all the time. The existing restrictions are actively enforced by Clearcast in broadcast TV, by Ofcom in TV sponsorship and by the ASA across all media, including online and social media. And yet rates of childhood continue to rise. Is this because the existing bans are not strict enough, as the self-appointed health lobby claim? Or is it because the causes of childhood obesity are far more varied and complicated than successive governments can cope with, so its easier to go with a headline-grabbing gimmick and claim that something is being done?

“government has decided that implementing further HFSS advertising restrictions on TV and online represents the best intervention to meet the objective of reducing children’s exposure to HFSS advertising”. 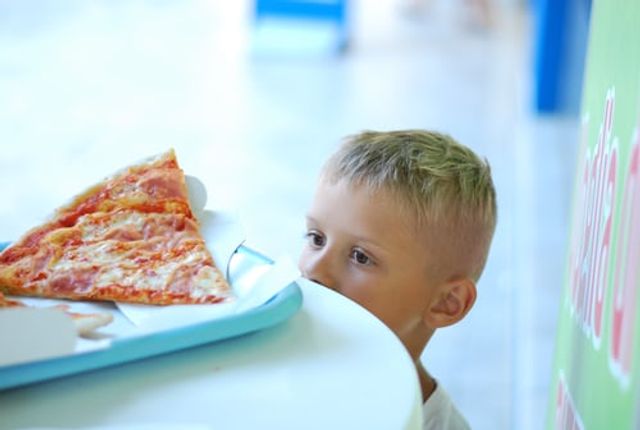 CAP and BCAP call for evidence on the link between advertising and body image
Brinsley Dresden, Amy Earnshaw

Ah, the Bond parody. We've been expecting you.
Brinsley Dresden