A pre-roll YouTube ad for women’s clothing retailer, Prettylittlething.com has been banned by the ASA for being socially irresponsible and offensive.

This ruling wasn't about gender stereotyping, but rather whether the ad was so sexualised that it was 'socially irresponsible' (CAP Code Rule 1.3) and/or 'likely to cause serious or widespread harm or offence' (Rule 4.3).

The ad opened with a woman wearing black vinyl, high-waisted chaps-style knickers and a cut-out orange bra, dragging a neon bar and looking over her shoulder. The ad proceeded to show women in seductive poses, wearing various lingerie style clothing and holding the neon bars. The woman was lying on her side with her knee bent up and with a neon bar in between her legs. The next scene showed a woman in a bikini top, holding the neon bar behind her shoulders in a highly sexualised pose which accentuated her breasts. The woman was then depicted crouched down with her legs apart, wearing chaps-style trousers to reveal string bikini bottoms.

Prettylittlething.com argued that the ad highlighted how they supported and promoted diversity through bold and distinctive fashion of all shapes and sizes which focused on different trends. They said they had not intended to create an ad which was offensive or irresponsible. They said they worked hard to promote a positive and healthy body image that was inclusive and empowered women. Prettylittlething.com provided a mood board to demonstrate the creative theory behind the ad and explained that the ad was inspired by their customers who seek the latest rave style clothing.

The ASA considered that the cumulative effect of the scenes meant that, overall, the products had been presented in an overly-sexualised way that invited viewers to view the women as sexual objects.

The full ruling is available here

Prettylittlething.com was in the news just last month when ex-Love Islander Molly-Mae Hague was reprimanded by the ASA for sharing a photograph of herself on social media wearing a Pretty Little Thing coat.  The famous castaway had failed to include “#ad” or an equivalent disclosure to make her collaboration with the brand clear to her followers.

“We considered that the cumulative effect of the scenes meant that overall, the products had been presented in an overly-sexualised way that invited viewers to view the women as sexual objects,” the ASA stated. 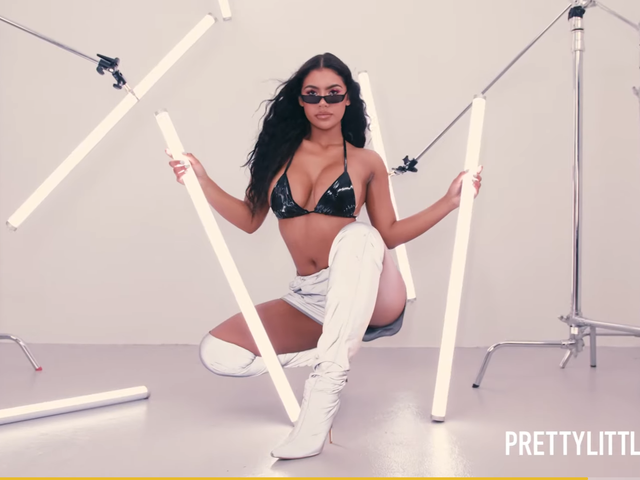