In case you missed it over Easter, we thought we would shine a light on an act of kindness by the good folks at the Co-op.

The Co-op pulled its Easter TV advertising campaign and donated the airtime to help fight hunger during the current pandemic. Originally, they had planned to advertise their chocolate Easter eggs, but they decided to contribute £2.5 million worth of advertising to promote the work of charity FareShare instead.

With reliance on food banks being up in the past few weeks, and the short term outlook not looking good for those whose jobs are most at risk or have already been reduced or cut, Co-op partnered with FareShare to create a TV ad which paid tribute to the local heroes who are helping to feed the nation during these challenging times.

The scheme helps and encourages Co-op customers to support food banks by either donating in-store or via a text to a dedicated number, both of which will boost the £1.5 million of food the Co-op has already pledged to FareShare.

Readers can support and find out more about FairShare here.

Another Small Act of Kindness to Support a Big Issue

Along with Sainsbury's, Co-op stores have also started stocking and selling The Big Issue to support its vendors, because individuals are not allowed to sell the magazine on the streets during these difficult times.

In-store sales will continue to enable The Big Issue to continue to help vendors lift themselves out of poverty.

“In these times of national crisis, foodbanks are a lifeline for those who rely on the donations to feed their families,” Co-op retail chief executive Jo Whitfield said. “Demand for food bank services has already gone up in the past couple of weeks, and this is only set to grow as the number of people who unexpectedly find themselves without a regular or reduced income, increases.” “Every day we are seeing outstanding acts of kindness as communities pull together to support those who are struggling, and our amazing Co-op members and customers tell us they want to help to support their communities and do right by those in greatest need.” 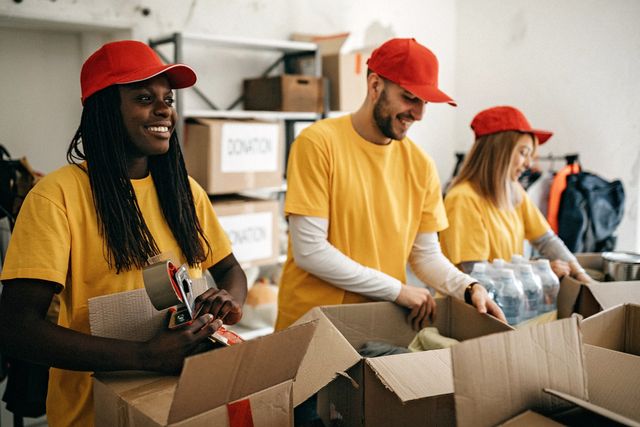